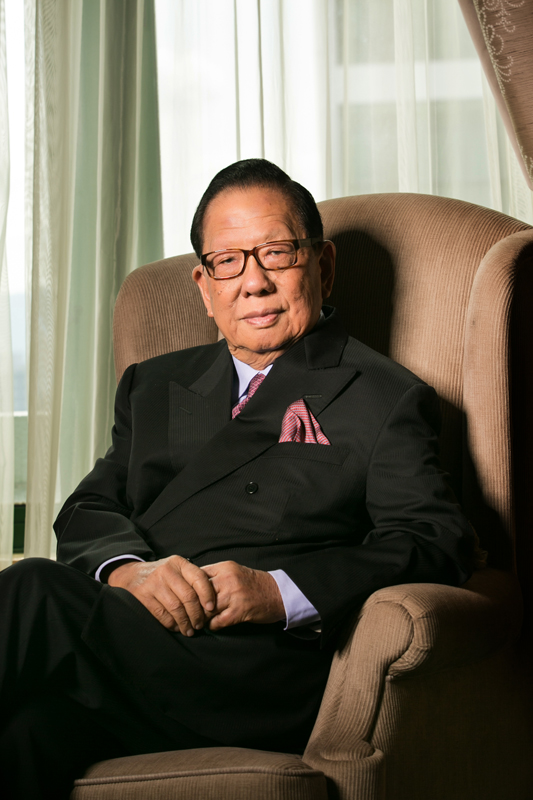 It is with deep sadness that we inform that the late Tan Sri Dato' Seri (Dr) Yeoh Tiong Lay, Executive Chairman of YTL Corporation Berhad and YTL Power International Berhad, passed away peacefully on 18 October 2017.

Tan Sri Dato' Seri (Dr) Yeoh Tiong Lay was the founder of the YTL Group of companies, growing from its humble beginnings as a construction company in Kuala Selangor in 1955 into an integrated infrastructure developer with operations comprising power generation (in both contracted and merchant markets), water and sewerage services, merchant multi-utilities, communications, construction contracting, property development and investment, manufacturing of cement and other industrial products and supplies, hotel development and management (including restaurant operations), and the provision of consultancy, incubating and advisory services for internet businesses and internet based education solutions and services.

Tan Sri Dato' (Dr) Francis Yeoh Sock Ping, CBE, FICE, Managing Director of YTL Corp and eldest son of Tan Sri Dato' Seri (Dr) Yeoh Tiong Lay, said, "We are greatly saddened by the loss of my beloved father and founder of the YTL Group. Under his illustrious leadership, the YTL Group expanded from its base in Malaysia to encompass operations and projects across the globe. The growth and development of the YTL Group was always rooted in our Chairman's determination to build a strong, responsible and sustainable company for the benefit of his family, employees, business partners and the wider community, and this is his legacy. His work ethic was exemplary and his humility is testimony to the great man and leader that he was. We will miss him greatly."

Ho Say Keng, Company Secretary, said, "Tan Sri was an advocate of hard work, perseverance and integrity, not just for his family, but for those around him. He treated his employees as his extended family and is recognised for his love, humility and compassion. We could not have asked for a more gracious and supportive Chairman."

Tan Sri Dato' Seri (Dr) Yeoh Tiong Lay was appointed to the Board of Directors of YTL Corp on 24 June 1984 and was appointed as the Executive Chairman on 24 January 1985. His contributions are well recognised with the conferment of the title of Doctor of Engineering by Heriot-Watt University, Edinburgh and his appointment as Honorary Life President of the Master Builders Association of Malaysia in 1988. He was the co-founder and the first Chairman of the ASEAN Constructors' Federation. On 26 October 2002, Tan Sri Yeoh Tiong Lay was conferred the Honorary Doctorate in Philosophy (Business Administration) by Universiti Malaysia Sabah, and he was installed as Pro-Chancellor for Universiti Malaysia Sabah on 1 July 2005. He was the past President and Lifetime member of the International Federation of Asian and Western Pacific Contractors Association.

On 19 January 2008, Tan Sri Dato' Seri (Dr) Yeoh Tiong Lay was conferred the prestigious Order of the Rising Sun by the Emperor of Japan in recognition of his outstanding contribution towards the economic cooperation and friendship between Japan and Malaysia, including his efforts as an executive member and Vice President of the Malaysia-Japan Economic Association. On 20 August 2009, Tan Sri Yeoh Tiong Lay was accorded a Lifetime Achievement Award at the Asia Pacific Entrepreneurship Awards 2009 in recognition of his outstanding entrepreneurial achievements and contribution towards the development of the nation. Tan Sri Dato' Seri (Dr) Yeoh Tiong Lay was also a board member of other public companies such as YTL Cement Berhad and YTL Industries Berhad, and Wessex Water Limited a water and wastewater utility in England and Wales.

Tan Sri Dato' Seri (Dr) Yeoh Tiong Lay had a deep passion for philanthropy and served as the Chairman of YTL Foundation. At a personal level he devoted much of his time to numerous other philanthropic organizations. Education was especially close to his heart as his beloved wife, Puan Sri Datin Seri Tan Kai Yong who was a teacher herself. He served as Chairman on the Board of Governors of his alma mater, Hin Hua High School Klang, and spearheaded its transformation into one of the best independent Chinese secondary schools in the country. He also served on the Board of Governors of Kuen Cheng Girls School and SRJK(C) Jalan Davidson and was the Honorary Chairman of Tung Shin Hospital

YTL Corp is amongst the 30 largest companies listed on the Main Market of Bursa Malaysia Securities Berhad, forming one of the component companies of the FTSE Bursa Malaysia KLCI of the FTSE Bursa Malaysia KLCI, the stock exchange's primary benchmark index. YTL Corp is the parent company of 3 other listed entities, YTL Power International Berhad, YTL Land & Development Berhad and YTL Hospitality REIT. In addition, the YTL Group has a stake in Starhill Global Real Estate Investment Trust, which is listed on the Mainboard of the SGX-ST, the Singapore stock exchange, and YTL Corp has also had a secondary listing on the Tokyo Stock Exchange since 1996, the first non-Japanese Asian company to list on the Tokyo exchange

Newsmakers 2017: The passing of a down-to-earth tycoon