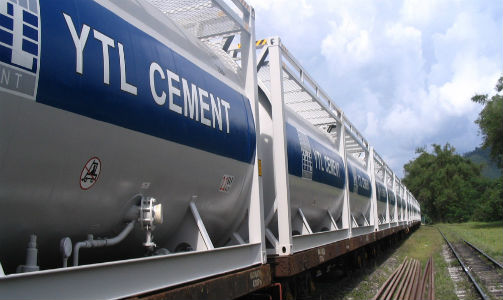 YTL Corp is believed to have gone ex-growth because of its size and reliance on YTL Power (YTLP) for its earnings. Not only did it manage to deliver an earnings compound annual growth rate (CAGR) of 14.7% over financial years 2010 to 2013 but the contribution of YTLP to its bottomline also fell from 73% to 48% during the same period.

Most of this was due to the privatisation of YTL Cement (YTLC) but the trend in earnings rebalancing and growth is expected to continue with 30% more capacity at YTLC kicking in and the extension of the Express Rail Link (ERL) to KLIA2 expected to increase ridership levels by 36%.

CIMB Research said both these cumulative factors were the reasons why its 2015 earnings per share estimate was 14% above consensus.

It forecast an earnings CAGR of 7.7% over the next three years, largely capped by the de-commissioning of YTLP’s Malaysian power plants in 2016 if its power purchase agreement was not renewed.

However, it was more than confident that YTL would be able to fill this vacuum with a new stream of earnings, whether it was a merger and acquisition from YTLP or winning the High Speed Rail project with the ERL.