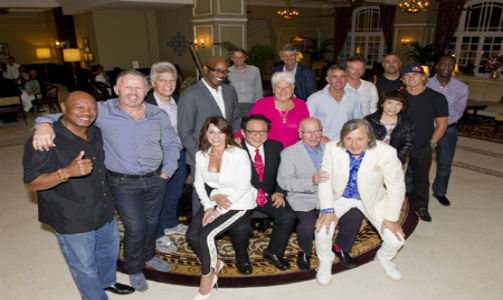 World renowned sports legends took Kuala Lumpur by storm for the 2014 Laureus World Sports Awards held here recently. On their arrival in Kuala Lumpur, the academy held a dinner at The Majestic Hotel Kuala Lumpur to celebrate the gathering of the Academy members.

YTL Corporation Berhad played host to some of the athletes at the Majestic Hotel KL and was the Malaysian Partner for the Laureus World Sports Academy Dinner & the Laureus All-Star Unity Cup.

The Oscars-style awards for sport was first launched in Monaco in 1998 with Nelson Mandela as guest of honour. Laureus set itself to be more than a spectacular red carpet event and has set its goals to be a year-round charity dedicated to effecting social change through sport. Thus the Laureus Sport for Good Foundation was born. Its work focuses on helping young people overcome challenging social issues such as poverty, homelessness, war, violence, drug abuse, discrimination and AIDS.

Supporting the Foundation is the Laureus World Sports Academy, a dedicated team of 46 legendary sportsmen and sportswomen, who have all volunteered their services to this cause, acting as global ambassadors, visiting projects to encourage young people to participate in sport and to draw public attention to these problems.

While the Laureus World Sports Awards Ceremony has created a unique place for itself in the sporting calendar, the Laureus Sport for Good Foundation has achieved acclaim for the work it does with its supported projects for underprivileged young people around the world.

Edwin Moses, Laureus Chairman was all smiles as he spoke about Laureus saying, ''At the Laureus World Sports Academy, we use sports as a tool for social change. We want to do the best that we can do here in Malaysia.''

Football legend Sir Bobby Charlton also spoke about his trip to Malaysia, saying, ''I've been here many times. But I always remember how I loved the place from the beginning. I try to come on my holidays and get to Pangkor Laut. It's a marvellous place!''

''These Laureus events are for awareness so everybody knows how exactly you get to help Laureus. If we come and we do things and people enjoy them and there's growth of young people etc., then that's what Laureus wants. So this is ideal,'' he continued.

Tan Sri Francis Yeoh who hosted the evening at the Colonial Cafe said, ''YTL is proud to be associated with an institution that does not tolerate mediocrity. After all they are all literally global champions!'' 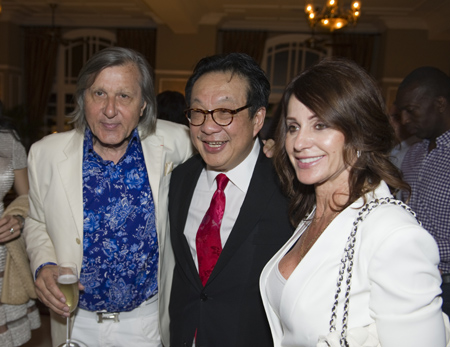 A glittering collection of football stars returned to the pitch to play in the first ever Laureus All Star Unity Cup as part of the 2014 Laureus World Sports Awards in Kuala Lumpur, Malaysia.

YTL Corporation Berhad played host to some of the athletes at the Majestic Hotel Kuala Lumpur and was the Malaysian Partner for the Laureus World Sports Academy Dinner & the Laureus All-Star Unity Cup.

The anticipated Laureus All Stars Unity Cup was the talk of the town when the two managers - Fabio Capello and Michael Laudrup - began recruiting their players for the match, which took place at the Royal Selangor Club on the eve of the Laureus Awards Ceremony.

''I'm very excited about today. It's a great event. We have a lot of great football players here, a lot of the World Sports Academy are here so it's one of our premier events. We want to do the best that we can do here in Malaysia. At the Laureus World Sports Academy, we use sports as a tool for social change. So we do this all the time, all over the world,'' said Moses.

Speaking about his trip to Malaysia, Charlton said, ''These Laureus events are for awareness so everybody knows how exactly you get to help Laureus. If we come and we do things and people enjoy them and there's growth of young people etc., then that's what Laureus wants. So this is ideal.''

Several young local players experienced an unforgettable day when they got a chance to rub shoulders with famous former international footballers in a football friendly at the Royal Selangor Club.

Also spotted at the event was American Sprinter Michael Johnson who expressed his hopes that young kids would be inspired by his fellow sportsmen. ''That's the great thing about sports. There's so much you can learn that you are able to use later in life. How to work with other people, team work, the value of hard work. There's so many different lessons that you can learn from sports.

''And that's really the idea behind Laureus and the work that we try to do around the world. It's to inspire young people to play a sport, take up sports so that they can learn the values that will hopefully help them outside the sports centre - like life skills,'' said Johnson.

''The fact that there's so many high profile football players here but also so many high profile athletes or ex athletes, I think you get immediate attention. Anything charitable with sports is fantastic. And when you see some of the young children here today who probably haven't seen a lot of the players because they live so far away from European football etc., it's great to spend some time with them and it was particularly nice that some of the players played football with us,'' shared Steve McManaman who was still in top form.

Before kick-off, a moment of silence was observed for the families and loved ones of the lost Malaysia Airlines flight MH370.

Playing together with local youth players, it was a close fight between the two teams, but in the end Team Laureus took home a 8 -6 victory against Team YR1M.