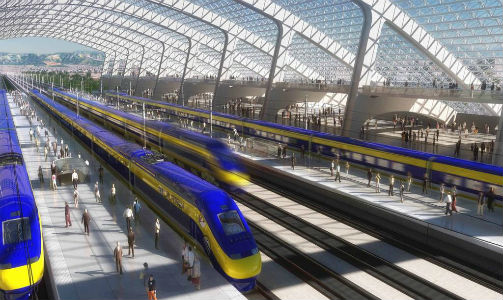 In his first major press conference since the elections to outline the ministry's priorities, Datuk Seri Anifah said preliminary studies for the rail link are complete but more studies are needed to move ahead.

"Generally, it is very, very attractive and in line with the Asean connectivity principle, that we connect Asean from Singapore right up to Kunming, China," he said when asked for an update on the project.

Malaysia's Prime Minister Najib Razak and his Singapore counterpart Lee Hsien Loong jointly announced the high speed link between the two capitals back in February, with a 2020 completion deadline.

"We will not pretend that we do not have problems but the essence is in how we solve those problems together," he said.

He also said the 21 Malaysians arrested on May 11 for protesting in Singapore's Merlion Park against the results of Malaysia's May 5 elections should have followed local laws.

"If they (Singapore) do not allow such rallies to be held, then you should respect that," said Mr Anifah, one of the first Malaysian government leaders to address the subject.

Singapore police said the group did not have a permit to demonstrate.

The work pass of one of the Malaysians was reportedly revoked, while another two had their social visit passes cancelled. The work passes of the remaining 18 are being reviewed.

Mr Anifah said Malaysia will continue to work closely with the Thai government to bring peace to Thailand's restive southern provinces despite some "teething problems" in finding more rebel groups to join the peace talks.

Malaysia is currently mediating between the Thai government and the rebels, represented by what is believed to be the largest group, the Barisan Revolusi Nasional (National Revolution Front).

The talks started in March.

But there are other small, rebel cells scattered throughout Thailand's Narathiwat, Yala, Songkhla and Pattani provinces that operate independently.