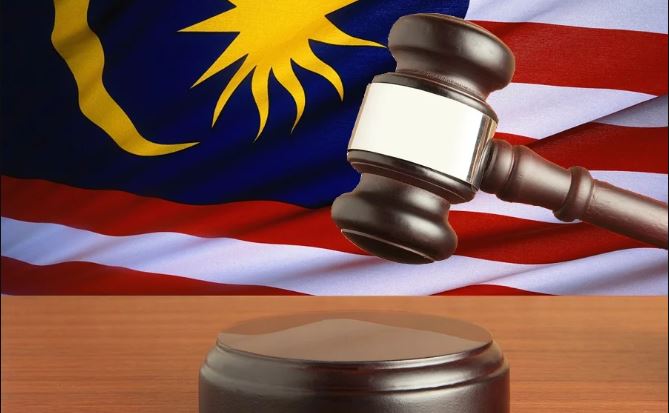 The Court of Appeal yesterday struck down Section 9(5) of the Peaceful Assembly Act (PAA) 2012, which imposes a maximum fine of RM10,000 if a 10-day notice is not given before a peaceful assembly is held

Ruling that it was unconstitutional and went against the right to freedom of assembly as enshrined under the Federal Constitution, the court held that the provision was deemed “an unreasonable restriction”.

Arif said since constitutional jurisprudence was of significant importance, the bench would read three separate judgments.

In delivering his judgment, Arif said Section 9(1) of the act, which states that an assembly organiser must notify the police 10 days ahead of a scheduled assembly, was constitutional.

“It is not the domain of the court to substitute its own views on the notice period.”

However, he said   Section 9(5) of the act, which imposes the criminal sanction of fine had "some conceptual difficulty".

"The 10-day notice is still required but no criminal penalty should be enforced," he said, adding that there was no provision in the act that considered an assembly unlawful if there was no requisite notice of the assembly.

Judge Datuk Mah Weng Kwai, on the other hand, said the provision which imposed the 10-day notice requirement was disproportionate.

"The impugned assembly was peaceful and did not bring harm. The appellant (Nik Nazmi) was not just an organiser but also a member of the public. Therefore, it was inconsistent to hold the organiser liable under Section 9(5) of the act."

He also said it was not a street procession and did not affect daily activities nor did it to contribute to traffic congestion.

Also on the panel was judge Datuk Dr Hamid Sultan Abu Backer, who said the right to assemble was prescribed in the Federal Constitution and could not be imposed with a criminal prosecution if the assembly was peaceful.

"The court is empowered to declare any law null and void. When the Constitution is impinged, the court is duty bound to protect its legitimate aims," he said.

Hamid Sultan concurred with Arif and said there were no penal sanctions stated in the act if the assembly was peaceful.

He said the country's laws must be consistent with international laws to which Malaysia was a signatory.

He added that the country's standards of justice and fundamental freedom should be on a par with international constitutional development and among Commonwealth countries.

Summing up the judgments, Arif unanimously ruled that Nik Nazmi's appeal was allowed and set aside the Shah Alam High Court's decision that dismissed his application to strike out the charge.

Speaking to reporters outside the courtroom, Nik Nazmi's lead counsel, N. Surendran, said this was a landmark judgment that had given Malaysians the right to freedom of assembly as guaranteed under the Federal Constitution.

On Nov 1 last year, the Shah Alam High Court dismissed an application by Nik Nazmi to strike out the charge against him under the PAA for failing to give the Petaling Jaya police chief 10 days' notice on the "Blackout 505" rally, which was to protest against alleged electoral fraud during the 13th General Election on May 5 last year.

The assembly was held in the Petaling Jaya City Council Stadium in Kelana Jaya about 8.30pm on May 8 last year.

Nik Nazmi applied to the High Court to declare that sections 9(1) and 9(5) of the PAA were unconstitutional on the grounds that the 10-day notice requirement would prohibit anyone from holding spontaneous assemblies when the need arose.

The Seri Setia assemblyman also sought an order to quash the charge against him at the Petaling Jaya Sessions Court.