YTL Communications Recognised as the 'Most Innovative Voice Service' in Asia 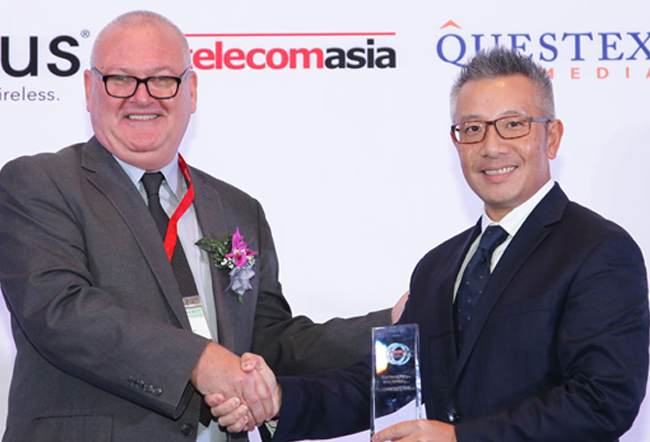 YTL Communications has clinched the "Most Innovative Voice Service" at the recent Telecoms Asia Awards 2017, in recognition of its excellence and leadership on being the first mobile operator in Malaysia to provide nationwide Voice-over-LTE or VoLTE service.

The awards category, which made its debut in this year’s industry awards, recognises a service provider that demonstrates outstanding innovation in voice call functionality in the highly competitive industry. YTL Communications emerged as winner against regional finalists including Reliance Jio (India), SK Telecom (South Korea) and SmarTone (Hong Kong). This win comes just 10 months after YTL Communications commercially launched its 4G LTE and VoLTE service under the brand YES in June 2016.

Wing K. Lee, CEO of YTL Communications was present at the awards gala dinner to receive the award. He shared, "I would like to first congratulate Telecoms Asia for the momentous 20th year in running this prestigious award! We are pleased to attend the award dinner in the company of global players such as BT, SK Telecom and Netflix. It was both inspiring and eye-opening to hear and learn from the other finalists and winners."

Wing added, "We at YTL Communications are very grateful to the judges and readers for this wonderful recognition as the "Most Innovative Voice Service" with our national VoLTE service.

"We built our company - the youngest national telco in Malaysia - with the determination to provide a level playing field for all Malaysians with the same high quality 4G service no matter where their community is. With that in mind, we have emerged to build the largest all-4G LTE footprint in Malaysia with over 85% population coverage. And with our LTE launch in June 2016, we are pleased to offer Malaysia the most advanced ubiquitous VoLTE service. In fact, the first nationwide VoLTE service in an emerging country globally. And to make sure customers can fully enjoy our VoLTE, we have made all on-net calls on our YES network totally free!"

YTL Corp Bhd Mnaging Director, Tan Sri Francis Yeoh commented on the award saying, "We launched our 4G LTE and VoLTE service in June last year and it is an honour to be recognised with this award in under a year! All glory to our Lord Jesus for blessing us with this honour."

Stefan Hammond, Managing Editor of Telecoms Asia extended his congratulations to YTL Communications on its win. He said, "Despite being one of Malaysia’s newer entrants, YTL Communications is the first operator to launch VoLTE service using its 4G LTE network across the entire nation."

The prestigious Telecoms Asia Awards is now in its 20th year, which rewards innovate and outstanding performance by Asian service providers and industry executives. The shortlist was compiled from nominations made by the judging panel and Telecom Asia readers, as well as the Telecom Asia editorial team. Final selection is made by an independent panel of industry experts, who cast votes on criteria of innovation, financial performance, technology, market leadership and corporate governance.

Yes Kasi Up Puts Cash In The Hands Of The Rakyat

YTL Communications Recognised as the 'Most Innovative Voice Service' in Asia

DPM Muhyiddin welcomes the launch of YTL's ''YES'' - A historical day as the wor...

DPM Muhyiddin welcomes the launch of YTL's ''YES'' - A historical day as the wor...