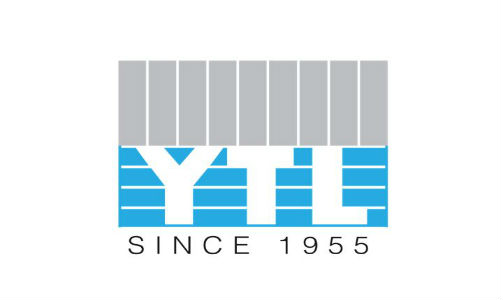 YTL Group Managing Director Tan Sri Dato’ (Dr) Francis Yeoh Sock Ping, CBE, FICE, said, “The Group achieved another strong performance for the 2013 financial year, registering a 13% increase in net profit to RM1.3 billion and revenue of  just under RM20.0 billion. The marginal decrease in revenue was due mainly to more competitive pricing in the cement industry, timing differences of new project launches and the completion of residential projects in Singapore in our property development division, as well as lower fuel oil trading volumes recorded in the Group’s merchant multi-utilities division.

“However, this was offset by revenue increases from our hotel and construction operations, as well as higher contributions from the Group’s plant operation and maintenance (O&M) business. New additions to the Group’s hotel division this year included the Sydney Harbour, Brisbane and Melbourne Marriott hotels in Australia, and the opening of The Majestic Hotel Kuala Lumpur and Gaya Island Resort in Borneo, all
of which augmented the division’s results.

“Meanwhile, the increase in net profit was contributed mainly by the Group’s property development, hotels and power station O&M operations. Our utilities division, which remains the Group’s largest contributor, saw improvements during the last quarter of the year despite a provision for impairment of other receivables in the power generation sector that impacted performance. However, better margins on
electricity sales and tank leasing, lower operating expenses in the multi-utilities division and better pricing from our water and sewerage operations bolstered the division’s performance.”

The 0.3% decrease in revenue was due mainly to a provision for impairment of other receivables in the contracted power generation division and lower fuel oil trading volumes in the division’s merchant multi-utilities operations.

Improvements in net profit owing to better pricing in the water and sewerage business, a one-off gain on derecognition of financial assets, a gain on the acquisition of an associate company and improved margins on electricity sales were impacted by the earlier mentioned impairment provision and high fixed operating costs in the Group’s mobile broadband operations, although the growing subscriber base has continued cushion the division’s losses, resulting in lower losses this year compared to last year.

YTL Land’s revenue stood at RM184.7 million for the 12 months ended 30 June 2013, compared to RM581.4 million for the same period last year, whilst net profit attributable to shareholders was RM25.2 million over RM25.0 million last year. The decreases arose mainly due to timing differences of new project launches and the absence of revenue contributed by offshore subsidiaries following the completion of projects.

The increase in revenue arose mainly from higher digital media advertising sales, whilst the decrease in
profit was substantially due to the accrual of contributions amounting to RM10.9 million to the Universal Service Provision (USP) fund established under the Communications and Multimedia Act 1988 and managed by Malaysian Communications and Multimedia Commission (MCMC).