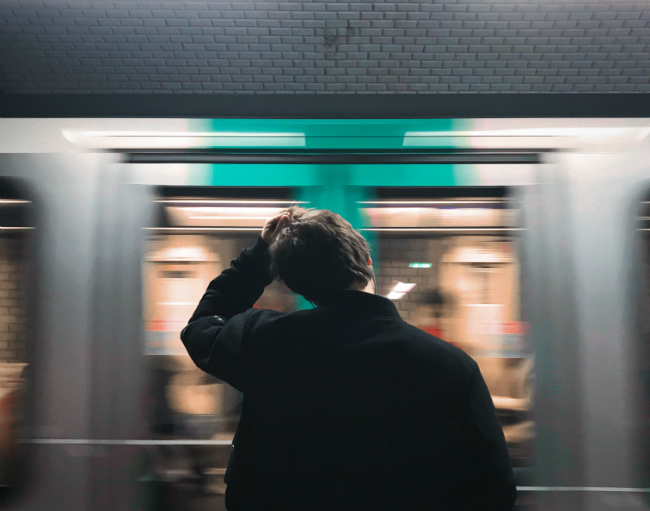 There is a time in every era when one artist or thinker defines the essence of that age. In the First World War, when the flower of Europe's youth was dying from the most cruel and, perhaps, senseless slaughter, the Irish poet William Yeats (1865-1939) wrote of the tragedy in his Second Coming:
Things fall apart; the centre cannot hold;
Mere anarchy is loosed upon the world,
The blood-dimmed tide is loosed, and everywhere
The ceremony of innocence is drowned;
The best lack all conviction, while the worst
Are full of passionate intensity.

These words caught the mood of his generation about the chaos and deep chasms between opponents, between the passionate and the callous (cynics who had no feeling of what was happening tragically around them).

I have been asking myself why we can't get our act together to solve many of the problems of this world. Hong Kong is a good example – one of the richest cities in the world, with some of the highest levels of income inequality and which is more into itself than in caring about climate change. When protesters there seek global sympathy and support from the US and others in their struggle for more democracy and freedom, the rest of us ask, why can't you solve your own problems? After all, what did Hong Kong do for the rest of us, other than getting richer and richer?

Why aren't your own rich people helping your poor with housing? Why can't Hong Kong people talk to each other civilly rather than violently?

This is the classic dilemma of the individual versus society. The individual feels that he or she is too small to influence society at large. The belief in democracy is that social decisions must rest on the majority decision of society as a group.

But Nobel laureate Kenneth Arrow (1921-2017) argued in his 1951 book Social Choice and Individual Values that there is an impossibility theorem whereby democratic choice cannot hold under certain restrictive but plausible logical axioms. As Nobel laureate Amartya Sen felt in his evaluation of the impossibility theorem, this conclusion is repugnant to followers of democracy.

Emotionally, we want the majority decision to be reflected under democracy. But in practice, we witness, like today, that democratic societies have difficulty making decisions, whereas dictators do not lose sleep when they have to make tough choices for all.

This is not to say that autocracy is right, but it shows that democracy has flaws in situations where the majority cannot make a decision. Even the world's oldest surviving democracy, Great Britain, may not survive the constitutional crisis of either going through with Brexit or facing the fragmentation of the country.

Indeed, the chaotic political environment makes rational decisions very difficult, so many individuals (and collectively) make emotional decisions that may or may not be irrational.

The debate between democracy and autocracy has been too simply cast into a simple choice between two false binaries in today's polarised world – good or bad, right or left, socialism versus capitalism, rich versus poor, elites versus populists.

This false binary is a choice that puts everything in black and white, whereas the real world is a thousand shades of grey.

Marketing research firm Glocalities.com carried out a transatlantic survey on populism, "Why elites are failing ... and people revolt", and suggests five reasons.

First, political establishments are paralysed by a new political divide: patriots versus egalitarians. Second, the social contract between people and Western elites has been broken and needs to be restored. Third, there is an ongoing worldwide backlash against globalisation and the values of Western elites. Fourth, digital disruption has hit the political establishment, as it has the hotel, media and taxi industries. Fifth, established parties/politicians are unable to connect with people based on recognisable archetypical storylines.

Egalitarians are mostly intellectuals who support abstract and idealistic concepts like universal values, freedom, equality, democracy, diversity and the like. Patriots, on the hand, appeal to the emotional side of tribalism, race, religion and national pride.

Populists everywhere are gaining support because the intellectual elites have preached equality but created inequality, promoted climate change but witnessed worsening conditions and argued for immigration and globalisation. On the other hand, the patriots tap into the emotional appeal of the fear of dilution of culture, values and existing rights.

This "hearts versus mind" false binary is essentially an Eurocentric view that science is logical whereas the arts are emotional. French mathematician Rene Descartes changes scientific thinking through his separation of mind and consciousness: "I think, therefore I am." But there is also a collective mind in which, "We think, therefore we are." The problem is that what the collective mind thinks is not the same as what the individual wants.

Political tension has risen in recent years because the level of emotion has escalated, overruling often rational debate.

Politics is the channel through which the desires of individuals are translated into collective action, and individuals and groups can be persuaded by positive or negative incentives. The former involve benefits, such as promises of more homes or medical care, while the latter can involve violence and fear.

In short, to bind people together, we need something like Yeats' poem that resonates with everyone. Or, as British environmentalist and political activist George Monbiot put it so eloquently, we need a new Restoration Story that brings us all together to heal the world, clean up the planet and live harmoniously with each other.

However, realist geopolitical analyst George Friedman argues that those who are passionate will never be able to agree with the intellectual rationalist. The rational intellectual assumes that if everyone understands each other better, a compromise solution is possible. However, those who are passionate about certain core values will not be convinced even in the face of "facts'. Passion blinds them to reality and to simple caricatures of race, God and country.

Common understanding, therefore, is not easy to build because of differences in emotion, which arises from very different experiences due to culture, geography, class and social interaction. This means that in a diverse world with very disparate cultures, each communities or country will shape its own political future as well as its relations with other communities or countries.

This means that we will continue to have a very noisy debate over the course of national and global politics. By shaping that conversation so that we can build common bonds of shared values and interests, we might be able to avoid the coming clashes of passionate intensity.