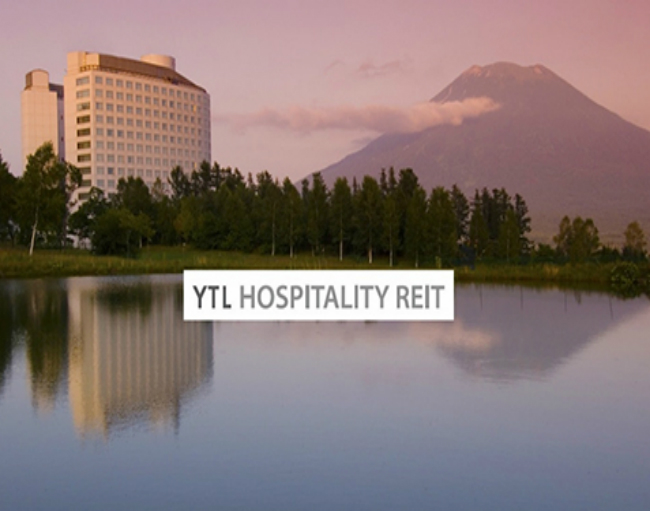 • We upgrade YTL Hospitality REIT (YTL REIT) to BUY from HOLD with a higher fair value of RM1.56 (from RM1.32) based on a target yield of 5.5%. We lower our target yield to 5.5% from 6.0% in view of the possibility that Bank Negara Malaysia may cut interest rates. We made no changes to our FY20–21F distributable income forecasts. We are introducing FY22 distributable income forecast at RM158mil.

• Master leases with the 5% step-up clause continue to provide stability to YTL REIT’s NPI for hotels in Malaysia and Japan.
For FY19, 58% of the NPI was derived from hotel assets under master leases (Malaysia and Japan). These provided stable and highly visible earnings streams while three hotels in Australia contributed the remaining 42% of NPI.

• We are positive on YTL REIT’s earnings outlook in FY20–22F, underpinned largely by: i) improving performance from the Australian segment; ii) recent rental increase of JW Marriott Hotel Kuala Lumpur amounting to RM5.95mil p.a. We expect distributable income to grow by 9%, 5% and 3% for FY20, FY21 and FY22 respectively. We are forecasting a DPU of 8.6 sen for FY20, translating into a yield of 6.5%.

• The refurbishment of Brisbane Marriott, which consists of 263 rooms and 4 suites, has been completed in early CY2019, hence we expect revenue to improve in FY20 as capacity is back to normal as compared with FY19. Added with the limited further supply forecast, management noted that the Brisbane market will show growth in performance and benefit from major entertainment and infrastructure projects underway. The Brisbane Marriott is located between Brisbane’s central business district and the Fortitude Valley hub, close to shopping and riverside dining along the Brisbane River.

• Meanwhile, the Melbourne Marriott and Sydney Harbour Marriott are expected to remain stable in FY20 with their strong occupancy rates of between 87% and 91% (FY19) due to their strategic locations.

• As at FY19, YTL REIT’s net debt-to-total assets ratio stood at 39% which is still below the regulatory threshold of 50%. With current net debt levels at RM1.87bil, management has guided that there is still capacity to take on more debt for accretive acquisitions such as Stripes Hotel KL.

• We like YTL REIT due to it being a hospitality REIT with exposure in the Australian market that continues to grow and at the same time has master leases on properties in both Malaysia and Japan that provide steady incomes.