SGX less strict than peers, but compliance is weighing on firms 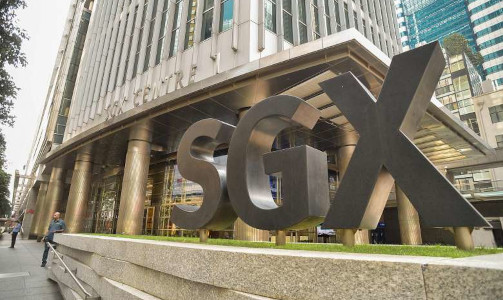 PRESSURE to comply with the rules and guidelines of the Singapore bourse have risen as regulators tighten their watch and while this is necessary to safeguard the market's reputation, it is also becoming onerous for many small and mid-cap companies, say market players.

Even so, it is widely perceived that the Singapore Exchange's disclosure-based regime is less prescriptive compared to other regional exchanges.

"I believe Tuan Sing benefits as our banks and investors hold us in higher regard due to the listing status," Mr Leong told The Business Times.

"However, many listed companies like us are working our staff very hard to fulfil some of the new requirements, such as sustainability reporting. The team also works hard to address independent directors' requests due to heightened onus of responsibility. While we are glad to fulfil, we prefer listed companies to devote more time on business strategy and execution."

He fears the greater burden on compliance could shift directors' priority away from the long-term strategy of the company.

"There is a risk of mis-alignment of interests between the company, management and directors, especially in long term strategic interests," he said.

"I believe smaller listed companies may find it even harder to find independent directors to serve in their boards over time. This may not be a good sign."

Another grouse is mandatory quarterly reporting, which is currently being reviewed by regulators.

"While the quarterly reporting is good, it does distract us from longer term strategy and execution priority," Mr Leong said.

"For mid- to small-cap listed companies, the quarterly reporting requirement does shift our resource to reporting, from some of the more important tasks, such as long term strategy and execution of business plan.

Kenny Yap, chief executive officer of ornamental fish seller Qian Hu, which has been listed on SGX since 2000, feels the pressure, too, but conceded they are necessary due to market imperfection.

"The right amount of enforcement and regulatory actions help the market to function fairly," said Mr Yap, whose company has a market value of S$22 million.

"But that elusive balance is very hard to achieve," he said, adding that the fear of liability concerns might also hold companies back and create a culture of caution, rather than creativity.

However, bankers, lawyers and auditors believe that Hong Kong and Singapore have broadly similar regulatory frameworks and general principles of listing rules.

The rise in delistings, dismal initial public offers (IPOs) and the flow of Singapore companies seeking to list in Hong Kong are also due to factors beyond SGX's control and cannot be entirely blamed on regulations, they said.

"In my view, the slowdown in listings for SGX has more to do with market factors. Factors such as higher price-to-earning multiples seen in other markets play a larger role than regulatory factors," said Mr Lean, who has worked on many high profile deals in Asia.

"Pressure exists in various forms for all businesses and regulatory pressure can't be at the forefront of this," he said.

The fact that SGX also ranks highly among exchanges in terms of corporate governance may in itself be an advantage for those listed here.

"The responsibility of good governance rest on the whole eco-system which includes sponsors, lawyers, auditors and bankers. Not just on SGX, said one market observer.

"SGX has become a convenient scapegoat."