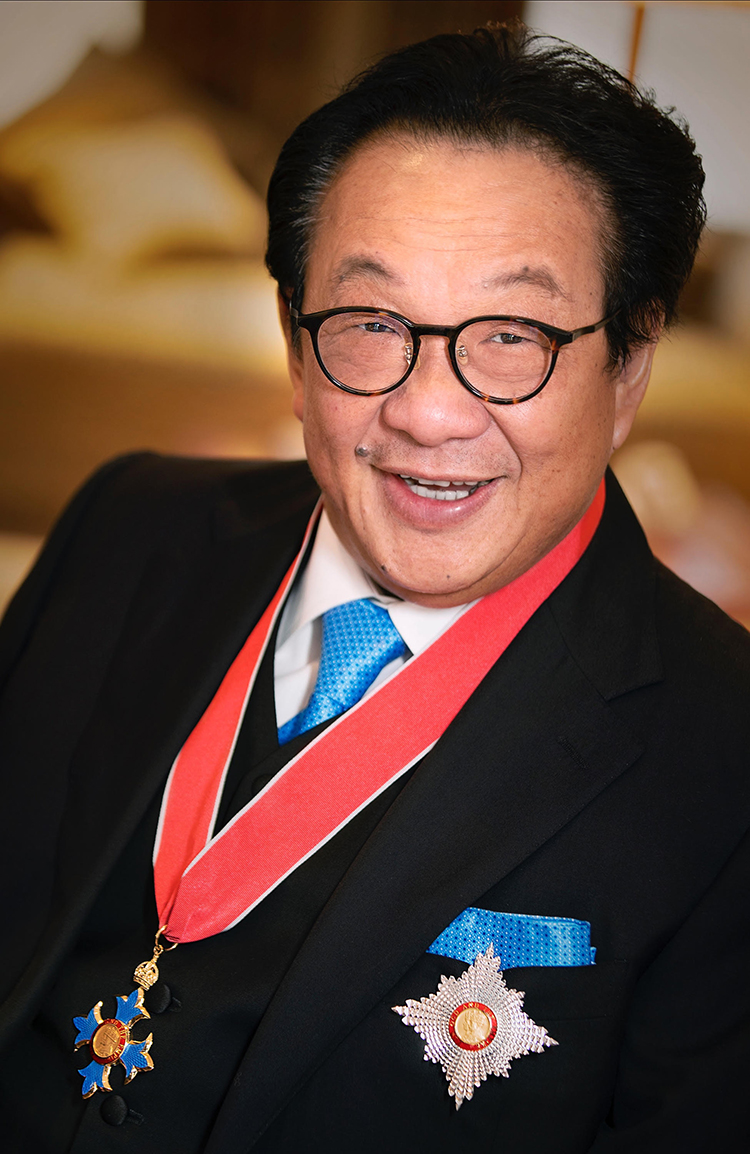 YTL Group Executive Chairman, Tan Sri (Dr) Francis Yeoh has been conferred the honorary British award of Knight Commander of The Most Excellent Order of the British Empire (KBE) by Her Majesty Queen Elizabeth II for services to UK-Malaysian bilateral relations.

The award was presented by His Royal Highness Prince Charles at his official residence at Clarence House on 13 October 2019.

Tan Sri (Dr) Francis Yeoh was previously conferred with an honorary Commander of the Most Excellent Order of the British Empire (CBE) by Her Majesty Queen Elizabeth II in 2006 in recognition of his substantial contribution to economic relations between Malaysia and the United Kingdom, and to the UK economy.

In recent years, Tan Sri (Dr) Francis Yeoh has received numerous honorary awards by foreign dignitaries. In 2018 he was bestowed the Order of the Rising Sun, Gold Rays with Rosette by His Majesty the Emperor of Japan and in the same year the Italian government conferred upon him the honour of Grande Officiale of the Order of the Star of Italy.

YTL's bilateral relations with the UK began with the Nucleus Hospitals project in 1989. Built with a British Aid grant to the Malaysian Government, the YTL Group has had a track record of successful engagement with the UK.

Since 2002, the YTL Group has been the largest Malaysian investor in the United Kingdom with the acquisition of Wessex Water, one of the 10 Water and Sewerage Companies (WASCs) in the UK. Over the past 17 years of the YTL Group’s ownership, Wessex Water has consistently been rated as one of the best performing WASCs by OFWAT, the UK water industry regulator, and three time winner of the Queen’s Award for Sustainability.

More recently, YTL Hotels has developed a portfolio of luxury hotels in the UK. The first, the Gainsborough Hotel in Bath, won the AA Hotel of the Year, England, 2017/2018 and was voted number 3 in the UK in the Condé Nast Traveller Readers’ Choice Awards 2019. The newest property in the portfolio, Monkey Island Estate, has already received accolades for the quality of the hotel and its stunning landscape and just 6 months after its opening has been listed by the UK Sunday Times as one of the top 100 British hotels.

The Group’s Filton development project in Bristol is about to launch its first residential offering on the site of the former Filton airfield, a 380 acre site that was the birthplace and home to the Concorde jet. The mixed use development when completed will comprise over 3,000 homes as well as over 2 million square feet of commercial and mixed use spaces including a 16,000 seat arena that will be the largest indoor arena in the South West of England. 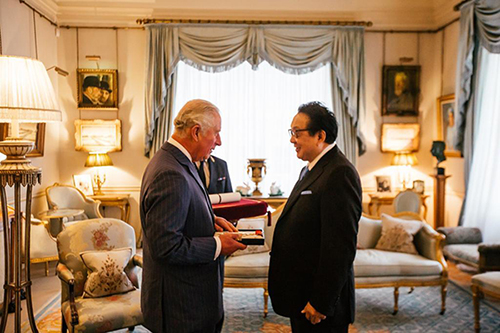 Speaking after the ceremony, Tan Sri (Dr) Francis Yeoh said he felt humbled and honoured by the award which he attributed to the hard work of all the great employees in the YTL Group both in the UK and Malaysia.

Tan Sri Francis also thanked Her Majesty, HRH Queen Elizabeth II for the honour and conveyed his appreciation for the Government of Malaysia, under the leadership of Prime Minister Tun Dr Mahathir Mohamed and shared this honour with the country.

"I would like to thank my family - my late father, my mother, my siblings, my late wife, my children and grandchildren for their support. My family has been my pillar of support and their unconditional love has kept me going.

"Most important of all, I thank our Lord Jesus Christ who has guided me and given me every blessing. I give Him all the glory and all the honour," he said.