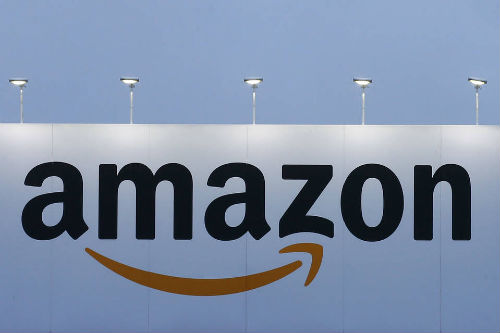 Finding the next Amazon.com, which first sold shares to the public 20 years ago this week, is hard. In fact, finding the last Amazon was hard, too. From 1926 through 2015, only 30 stocks accounted for one-third of the cumulative wealth generated by the entire U.S. stock market; Amazon was one.

That’s 30 out of a grand total of 25,782 companies that were publicly traded over that period.​

The search might not be completely futile, but many investors are going about it the wrong way. That’s because the average return of the stock market, and the return of the average stock in the market, are nothing alike. Even though the stock market generates positive average returns over time, more than half of all stocks lose money over their lives as public companies, and the number of stocks that make big money is astonishingly small.

As finance professor Hendrik Bessembinder of Arizona State University has shown, only 0.33% of all companies that were part of the U.S. stock market at any point over those nine decades accounted for half of all the wealth generated for investors. And fewer than 1.1% of all the stocks that existed created three-quarters of the stock market’s cumulative dollar gains — as measured relative to the returns on cash.

Without such “superstocks,” as financial adviser William Bernstein has called them, the stock market wouldn’t have been worth owning at all. The 1,000 top performers since 1926 — under 4% of all stocks — account for all the stock market’s gains, Prof. Bessembinder’s research shows. You could have matched the returns of all the other 96% of stocks combined by putting your money in one-month U.S. Treasury bills.

​Amazon beat the return on cash by an average of 36% annually through the end of 2015, the highest rate among any of the superstocks, his research finds. (Altria Group grew at a lower rate but, because it was around for all nine decades, increased investors’ money more than 2 million fold.)

“How hard it is to envision how great a great company can become!” says James Anderson, a partner and senior investment manager at Baillie Gifford & Co., an Edinburgh-based firm that has owned Amazon stock since 2004 and is now the eighth-largest institutional holder of the shares.

All that time, he recalls, Amazon offered “no earnings and no guidance,” which ensured that even as the stock rose over time, “there wasn’t an excess of enthusiasts or an absence of shorts” who were betting against it.

What Amazon could become, says Mr. Anderson, was “unclear but underpinned” by the fact that its raw materials — silicon, electrons and computer storage — were getting cheaper every year.

To go along for that ride in that stock, however, required enormous patience and the willingness to withstand vast interim losses along the way.

In fact, the only thing harder than finding a superstock might be holding onto it long enough for it to become super.

Almost by definition, the stocks that go on to earn the highest returns in the long run stink the worst in the short run. Most institutional and individual investors get shaken out well before the long run can kick in.

Amazon itself lost 95% between 1999 and 2001 — but, instead of dying, it went on to thrive. And when companies thrive, their stocks can end up rising even farther than the hyperactive minds of investors can imagine.

That points to the most interesting wrinkle of all. Superstocks are so rare that building your investment strategy around the search for them is all but sure to end in heartbreak. But the rewards for finding a superstock are so great that even the tiniest gamble could pay off for those who can withstand the pain.

Traditional advice on diversification says you should own at least 15 to 30 stocks in order to reduce your risk. But, in a sequel to his new research paper, Prof. Bessembinder found that a portfolio of 25 stocks still has a 64% chance of underperforming the total market. Superstocks are so scarce that you need to hold hundreds, even thousands, of companies to be near-certain of matching the market’s return.

On the other hand, if you put the vast majority of your money into something like a total stock-market index fund, which holds essentially every publicly traded company, then you can afford to take a big risk with the small amount of money left over.

Institutions can’t invest this way. Perhaps at least a few enterprising individuals should.