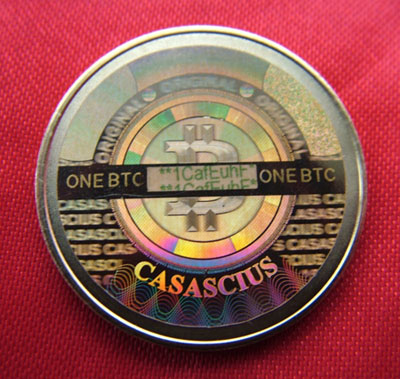 Most organisations have their share of IT workers who slip under the radar. But what is that quiet tech guy really up to when he should be fixing the server?

He might be pursuing a new career, speculating in crypto currencies. In virtual terms at least, he could soon be earning 20 times his annual salary as he joins the latest online investing craze that has shades of dotcom exuberance.

Using digital money loaned on an online exchange, IT staff at mainly financial services companies are betting on “alt-coins” during working hours.

An investment of just a few thousand dollars a month ago in a newly fashionable currency called Muse is now worth close to $500,000. Last week alone the price rose 278 per cent. At the current trajectory, the IT guy will be a dollar-millionaire by Thursday.

Except these are not real-world dollars. This is virtual money, one of the many variants on bitcoin — the original crypto currency that has been around for more than eight years. But there is a speculative frenzy for a new line of investment in the crypto market through initial coin offerings (ICOs).

Aping the real-world process of floating a company on a stock market, this crypto version involves a group publishing a business plan — commonly known as a white paper — and then promoting the sale to speculators through internet forums. The ICOs raise money in existing crypto currencies, mostly bitcoin and another popular token called Ether.

Many of the more than 830 so-called alt-coins now on the market are bitcoin copies in their own right, others are simply contracts that sit embedded in other cryptocurrency protocols such as Ethereum — a platform that mimics bitcoin’s blockchain technology but adds a smart contract feature.

“The ICO appeals to people who have a lot less competence to evaluate what they’re investing in,” said Jorge Stolfi, a computer science professor at the State University of Campinas in Brazil, who made a prominent case to the Securities Exchange Commission about the dangers of bitcoin last year.

The first example of this was the Ethereum platform itself, which launched in 2014 with Ether tokens. It initially raised $18m at $0.40 per token: the tokens are now valued at $92 apiece.

While close to $400m was raised through ICOs last year — and $1.2bn in total — in recent weeks there has been an explosion of new issues. These include Zrcoin, which claims to base its value on cubic zirconia, and Voise, a “decentralised music platform”.

The total market capitalisation of all alt-coins burst through $50bn last week. Bitcoin itself has almost doubled in price since March, but some alt-coins have jumped four or fivefold in the past week alone.

“The applicable crowd psychology textbook here is Extraordinary Popular Delusions and the Madness of Crowds,” said David Gerard, author of an upcoming analysis of the industry called Attack of the 50-foot Blockchain.

Whether the faceless IT guy cited above will ever manage to turn his Muse into real-world cash is now a burning question.

In recent weeks crypto traders have been hit by a sudden inability to withdraw dollars after a crackdown by numerous banks previously used to access the real-world payments system. Technical limitations associated with the bitcoin platform have also slowed trade settlements, making the crypto currency unusable for day-to-day transactions.

“It’s a real concern, and we’ve started to use Ether to move money around a lot more now as it will actually be there when you need it,” said one specialist OTC crypto-currency trader.

The delays have had the most impact on bitcoin’s primary use — servicing the dark markets often used by drug dealers. One of them, AlphaBay, recently announced it was accepting Ether.

Locked in the market and stuck with no immediate use for their alt-coins and tokens, many speculators have been happy to chase the ICO fad. This month TokenCard, a company claiming to have a blockchain development called New Alchemy, was able to boast of raising $16m in three minutes.

The prospect of regulatory intervention is not concerning all investors. Many insist they are dealing in a utility, not buying an interest in a company, and so should remain out of regulatory reach.

“It’s very hard to say if they should be regulated or not. It really depends on the nature of the rights and features of the particular token or coin. Or the grants to the holder,” said David Shearer, a partner at Norton Rose Fulbright. While some token sales grant rights similar to holding equity in a company, others offer less rights.

An ICO for an artificial-intelligence-powered investment fund called Beth promises holders the right to receive 60 per cent of the venture’s quarterly profits while reinvesting a further 25 per cent in its portfolio.

The phenomenon is reminiscent of the early days of the still-unregulated eurobond markets, which mushroomed in size in the 1960s and 1970s and became an important source of alternative dollar funding for corporations frozen out because of stricter money controls.

In the style of penny stocks, for every successful token issued there are many more that fail. With ICOs, uncertainty over exactly what it is you are buying adds to the risk.

“People are willing to spend on something, but they own nothing. It’s a promise from a development team which may or may not be useful to people in the market” said Arthur Hayes, a trader for crypto-currency derivative exchange BitMex. “I think it’s interesting that people can raise $10m in minutes based on a dream.”

Huge wealth built trading crypto currencies is worth nothing if it remains frozen in cyber space — a state of frustration readily understood by customers of Hong Kong-based Bitfinex, one of the most prominent and popular bitcoin exchanges globally.

In August last year, Bitfinex suffered a cyber hack that saw 120,000 bitcoins stolen from customer balances. As compensation, the exchange issued IOUs called BFX, but those digital promises were subsequently redeemed earlier this year, with customers having their accounts at Bitfinex credited with dollar balances.
As customers moved to withdraw those dollars it emerged that Bitfinex was suddenly unable to process these transactions. On April 13, Bitfinex officially alerted customers to the fact it was “experiencing delays in the processing of outbound USD wires to customers” because “the normal channels that we have been operating through in the past are currently unavailable”.

The issue was unilateral action by those correspondent banks Bitfinex had been using as a gateway to the world’s real money payments systems.

On April 17, the exchange announced that “all incoming wires to Bitfinex will be blocked and refused by our Taiwan banks,” adding that it was continuing to work on alternative solutions for customers who wanted either to deposit or withdraw in fiat.

Panic spread through the ranks of customers as Bitfinex prices diverged from all other exchanges by more than $200, leading some reportedly to fly to Taiwan to open local bank accounts in the hope of accessing frozen funds.

A video has surfaced where Bitfinex’s chief security officer, Phil Potter, says: “There’s been lots of cat and mouse tricks that everyone in the bitcoin industry has to avail themselves of,” adding that Taiwan was undergoing a clampdown on lax customer identity procedures and the potential for money-laundering