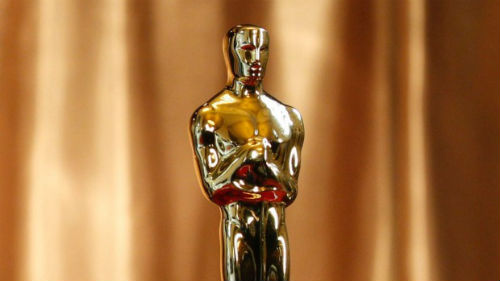 In recent years, some of the industry's biggest stars had private photos pulled from the cloud and then, a few months later, a high-profile hack at Sony Pictures precipitated a minor diplomatic crisis. More recently, anyone keen to see The Revenant, a Best Picture nominee, could easily find a leaked version in December, days before the film hit theatres.

So how come nobody ever knows the Oscar results in advance? Because the Academy of Motion Picture Arts and Sciences is understandably wary of computers. When it comes to ballots, it is decidedly old school.

First of all, the Academy, which has almost 6300 voting members, never sees the ballots. They are routed directly to PwC, the same company that handles its financial auditing. PwC, in turn, keeps them confined to a six-person team, and the 24 categories are divided up so only two of those people get a picture of the full results.

The best chance for a would-be hacker probably lies in intercepting the vast majority of votes that are submitted digitally. PwC says each voting member is given a unique login and password and the ballots are encrypted.

"It is similar to encryption technologies used by entities in the financial services and certain military situations," said PwC spokeswoman Megan DiSciullo in an email.

And there's an extra layer of protection in the shall-we-say traditional tendencies of some Academy members. A small group of these kingmakers still send in paper ballots, enough to make any kind of digital breach inconclusive.

Once the votes are in PwC's hands, the digital ballots are printed out and the whole mess is counted by hand behind closed doors at a top-secret site. It's a bit like selecting a pope, only in this case the candidates often include Jack Nicholson and Sean Penn. Most Academy members vote, and the vast majority of them vote in every category.

This year, the final tallies are compiled by Martha Ruiz and Brian Cullinan-both among the 120 or so partners in PwC's Los Angeles office. Counting begins sometime early Wednesday, and, if all goes as planned, the winners are determined by Friday evening. There is no spreadsheet, no Excel formula that begins "=OSCAR(."

"They are pretty late nights," Ruiz said. "We actually have to count through every single one to make sure we've done the math right."

The toughest job is naming Best Picture, which is not necessarily the film that garners the most No. 1 votes. Members are asked to rank their movie-of-the-year choices-eight slots this year-rather than name a single pick, as they do in other categories. The Best Picture ballots are stacked based on the No. 1 votes, then the smallest stack is distributed based on the movies listed in second place. The process is repeated until one film has more than half of the ballots. A film with just a few No. 1 votes could take the category, provided it was No. 2 on enough ballots.

Sound confusing and labor-intensive? Then you probably aren't a tax consultant. Ruiz and Cullinan will memorize the victors in each category before they each file a set of cards for the presenters into a briefcase. Then Ruiz and Cullinan go home (Hollywood auditors, they're just like us!). For about 48 hours, they'll go about their lives as the only people in the world who know the outcome of the Oscars. Are they pestered at parties? Do the neighbours command, "If it's Mad Max, just cough"? Does the mystery incite marital friction?

Not so much. "My husband knows me too well already," Ruiz said. "He knows not to ask too many questions." Cullinan doesn't consciously keep a low profile, but tends to stay too busy for socializing. "The one time of the year that there's a lot of interest in talking to me or Martha is this week," Cullinan said.

For PwC, the event is remarkable marketing, the kind of prime-time narrative that consumer-facing brands pay lavishly to be a part of. The firm declined to detail the financial terms of the ballot-counting-whether it is paid to crunch the numbers or, in turn, pays for the high-profile work. But it does count the Academy as an audit client year-round.

Oddly, if PwC botches its ballot count, the Academy would never know. Likewise, no one will know how close any of the results are. After this week's tally, the ballots are destroyed; not even the Academy gets to see them. "You always have a personal favourite," Cullinan said. "But we're not any better at predicting the winners than anyone else."

Cullinan and Ruiz aren't worried about screwing up the count. What concerns them most is the prospect of somehow choking in front of about 40 million people. Last year, Cullinan was scheduled to go onstage to show off the briefcase full of results. He wasn't supposed to speak, but host Neil Patrick Harris was improvising a bit. About three minutes before Cullinan's stage turn, he found himself being fitted with a microphone. "I'm thinking, 'You rehearse this thing for months and then at the last minute you want the accounting guy to ad-lib?' " he recalls.

Cullinan held his own, blushing a bit when Harris told him he looked like Matt Damon.

The bigger fear, of course, is a botched presentation-known in the trade as The Steve Harvey. If a presenter goes off-script or somehow misinterprets the presentation card, Ruiz and Cullinan will know immediately and are prepared to step in and set the record straight.

"We think of ourselves kind of like referees in a big sports game," Cullinan said. "If it goes well, you won't know we're there."

We'll have live coverage from the Oscars red carpet with designer Denise L'Estrange Corbet, and our Style team, from 11.30am followed by all the awards and action at the ceremony with our entertainment experts.