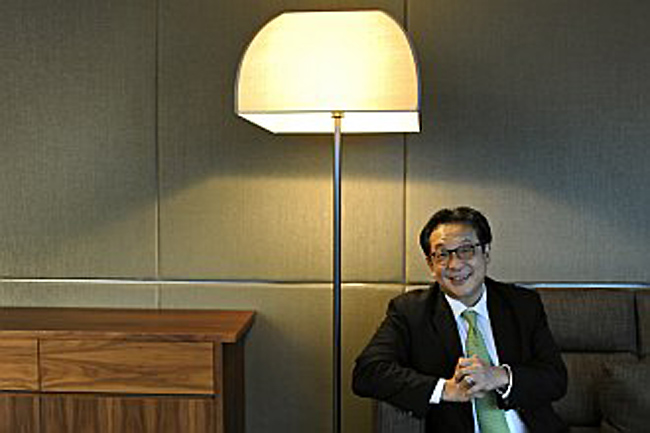 Francis Yeoh says it's time to open up Asia's poorly managed public utilities to private competition, to allow millions access to decent services that will improve their quality of life.

If key public utilities are to meet a common quality standard throughout the world, then those nations that have so far resisted opening up these services to private competition will need to think again.

It is no coincidence that the countries still crying out for clean, running water or state-of-the-art electricity services are those where legal and regulatory frameworks have not been put in place.

It is no longer acceptable for governments to control public utilities unchecked by independent regulators, or without being held accountable to some supervising body. It is this system of regulation - like the one developed by Britain during privatisation in the 1980s - that opens up key services to foreign investment and allows utilities to flourish.

Every year, more and more people move into a higher income bracket and they want public services to match their new quality of life. If millions are denied access to quality services in large parts of Asia, year after year, resentment may build up. We saw this happen during the Arab spring, where ordinary people demonstrated on the streets.

While this may not happen in Asia, it should serve as a cautionary tale to governments. People will only put up with so much before they feel they have nothing to lose by taking to the streets. Running water and electricity should be a fundamental human right in any culture.

The internet and social media have opened up the world in new ways and it is easier than ever for consumers to see the vast discrepancies which exist between nations. How will people in China and India who have no access to clean water feel when they look at services in Britain, Australia or Canada?

In my experience, people are - now more than ever - willing to pay competitive prices for quality utilities and move away from subsidised rates offering poor and inefficient key services.

Many nations wrongly assume that citizens are prepared to live with substandard utilities as long as they keep forcing down prices with state subsidies. It has gone on this way for far too long and it is time to end the status quo that exists in many parts of Asia.

In Britain, every private company granted a licence to run public services faces tough reviews every five years. That is only right and proper. This allows for the recalibration of the industry in question if it is believed that one stakeholder is being favoured over another - be it the customer or the operator - whether on pricing or quality. Only when these frameworks exist everywhere in Asia will those countries that lack basic services be able to create systems that work.

People don't want inflexible governments or economic systems where monopolies can thrive. They simply want access to the kind of basic services that will make their lives better. They want water, electricity, internet access and transport systems that are affordable and reliable so they have one less thing to worry about in their lives.

Many government-run services are heavily subsidised by taxpayers and those in charge are not accountable to either shareholders or regulators. If the system breaks down and there are blackouts or major water leaks, services can be interrupted for hours, sometimes days.

This is usually because the appropriate technology and systems have not been bought, developed and put in place to ensure service interruptions are brief and repairs can be carried out quickly.

China operates its public services at a loss and the government subsidises the massive shortfalls. That might work now, but how long before it becomes too big a burden for the country to afford? The current system is unsustainable.

Many Asian nations suffer similar problems. A transparent, coherent, regulatory framework like the one in Britain is the best approach because it allows everyone to put forward their concerns publicly. Issues are debated openly and all information is available for public scrutiny.

Singapore offers a good example of progressive thinking on this issue. It does not practise economic nationalism. Instead, it allows Japanese, Chinese and Malaysians to compete for key services. In fact, in Singapore, a third of the electricity capacity is owned by a Malaysian company and a third by Chinese.

Singapore is not afraid to put its public utilities in the hands of foreign firms. It has found that by allowing foreign investment in this sector - which creates the infrastructure and its own regulatory framework - consumers benefit from the increased competition that delivers top-class services at competitive prices.

But would Japan allow the Chinese to own its electricity at any price? And would China allow the Japanese to own strategic industries like utilities? We must end the regulatory and economic nationalism that exists in these countries.

It's no coincidence that my company, YTL, has 85 per cent of our investment in territories with transparent regulatory frameworks. The leaders of the Association of Southeast Asian Nations are now talking about connecting 600 million people in a new market. But they will have to play a pivotal role in helping to build a coalition of nations dedicated to forcing this issue to the top of the political agenda.

And, by bringing in companies with experience in creating such frameworks, these countries can short-cut the entire process.

Private competition from experienced foreign companies not only brings quality services but the invaluable transfer of knowledge, too. It will be a long road, but it is a journey that must begin soon if Asia is to realise its full potential and create an economic legacy that will last for generations.

This article appeared in the South China Morning Post print edition as Tap the market.