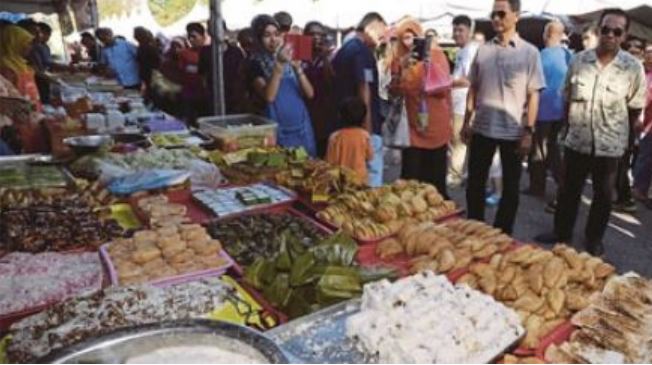 MALAYSIA is a country where keeping the cost of living low has been a long-standing government priority. This has led to decades' worth of price controls and food and energy subsidies, ones that other developing countries were either unable to introduce or subsequently had to reform or abandon.

Suppressing prices, however, may also have had the unfortunate result of keeping nominal income growth low. So long as inflation is kept low, real incomes allow one to get by. The relationship between keeping prices low and accepting sub-standard incomes is one that is highly plausible but inadequately examined. Of course, Malaysia's population and consumption of price-controlled and subsidised items has not remained static.

In 2000, there were just 23.3 million citizens compared with 30 million last year. The demand for essential items and the distortive effects of price controls and the subsidy bill have, unsurprisingly, significantly increased. In terms of 2002-04 prices, oil is currently running 148 per cent higher than April 2000. World food prices have also risen - 133 per cent. The combination of higher prices and greater demand has proved deadly to Treasuries around the world.

Even if they have not been done away completely, they have had to be reformed. One of the things about price controls and subsidies is that they are easy enough to introduce but damnably difficult to remove, not least for political reasons. Yet, unless they are removed, in a managed and controlled fashion, they are, by force of necessity, likely to be withdrawn in disorganised manner the next time the economy hits a major economic crisis.

Still, to put things in a global perspective, except for sporadic bouts like in 2007-08, prices have been quite stable. Indeed, the problem of late has been in keeping economic activity levels up with some countries like Japan actually encouraging inflation. In East Asian Emerging Market Economies, price stability has been more of an issue as capital has flowed from advanced economies and caused overheating. Whatever one thinks about the representativeness of Malaysia's consumer price index, the trend is still lower in this decade than the previous one.

This, of course, is cold comfort for the majority of Malaysians who feel price increases more because of income distribution patterns. Even though the rising cost of living is modest to moderate, it is felt the most by the bottom 40 per cent of households whose income barely tops RM1,850. If price controls and subsidies are not financially sustainable and may indeed be positively damaging to income growth prospects, what then are the possible directions? Raising productivity has been often highlighted as it increases the supply of goods and services and therefore is a natural inflation fighter.

So, what can be done?

FIRST, there must be real competition. Middlemen and intermediaries, even government or government-sponsored ones, should be rationalised or removed. The profits or losses that these organisations make are a direct cost to consumers.

SECOND, competition law should be enforced against abuse of dominant market position. Competitive bidding for goods and services must be the norm even for much of government procurement. The practice of where the exceptions are the rule cannot continue.

THIRD, trade liberalisation should be seen as a means of ensuring competitive prices. Freer flow of imports such as white goods and electronics is evident. The introduction of hypermarts has also done a great deal to reduce the price of essentials.

FOURTH, many goods and services continue to be kept high as a matter of government policy. This includes rice, steel, automobiles, pharmaceuticals and other items. Unless better and more efficient ways are found, the cost of living will be kept unnecessarily high.

FIFTH, we need to shrink the number of low-paying jobs both by automation and graduation. The only really sustainable way to combat the rising cost of living is through real income growth, and labour and industrial policies must reflect the true scarcity of skills and labour.