Oh, what a tangled web we weave 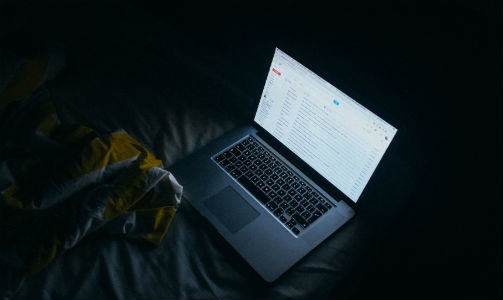 WHITE LIES? As social network usage is on the rise, so, too, are those willing to lie to keep up appearances.

Tan Choe Choe investigates EVERYONE lies at some point in their lives - whether to keep from hurting someone, avoid further argument, or other reasons.

But what if you're finding that you're starting to lie online -- when you are deliberately posting status updates or tweets to create stories of a life that is not entirely real? Rachel (not her real name) found out that her husband has been cheating on her and shared this upsetting news with a few close friends.

However, on her Facebook page, she keeps posting status updates of having the "best husband, ever", and continuously professes her love and appreciation for him, while showing photographs of the dishes served on their romantic dinners together, flowers that he purportedly sends her, and more.

"We know she is lying to keep up appearances, but no one is going to expose her online. It's very sad actually," says her close friend. Meanwhile, another netizen, Susan Lee, has a friend who likes to post photographs of dishes of Japanese food - purportedly made for her by her Japanese "bff" or "best friend forever", who is actually a fictional Facebooker she created.

"She has always been a bit of a loner and often makes up excuses to avoid seeing us, which we've found out on more than one occasion. One day, she created this Facebook personality and started interacting with it. Then she starts telling us that she was doing this or that with this person and so cannot come out and join us on our outings. It's her new, most convenient excuse to not come out from her home. It's gotten more than a little strange," Lee recounts, adding that those dishes were actually prepared by her maid.

To Dr Adrian Budiman, senior lecturer at the School of Multimedia Technology and Communications at Universiti Utara Malaysia, there are many levels of lying on social networks and it's difficult to say all lying is the same. "We can have a straight lie that says we're something that we're not, or we can lie by glorifying a fact in our life which is quite minor. The latter is the type of lying that I actually see a lot, what is called the 'sensationalism of the self'."

Adrian shares that he has a friend in Malaysia who was once chosen to oversee a small overseas exchange programme that was actually a short course of maybe a month or two. But then this person stated on his Facebook profile that he was an alumni of that university, which was not true.

"This is an example of glorification. This person wants to identify with something that is bigger or much more prestigious and this is something that I see quite frequently," he says. Adrian uses Erving Goffman's hypothesis about how people behave as if they're in a drama - there is a front stage self which is the public self, and the backstage self which is the personal self, to further explain his thoughts.

"This would underline a lot of things that are happening in social media now. The identities that people are projecting is the public self, the face that they would portray to the public. People would find the best representation of themselves. I would not, for example, post my failures, of which I have many, and so would others," he says.

The same goes for the omission, handpicking or exaggeration of facts; all these are part of the "sensationalism of the self". Adrian believes such behaviour will continue to be on the rise as people want to feel wanted online, just like in every other aspect of their lives.

He is not surprised that some have even resorted to buying followers because the economics of media is such that the more audience you have or profess to have, the more powerful your profile is. However, based on a study he has done previously, Adrian finds that the more one's profile identifies or connects to oneself, "that is, the more it mimics real life", the more one tends to follow the cultural values that one adheres to in real life.

David Lian, general manager of Zeno Malaysia, a global social communications agency, says he too finds people who exaggerate and 'boast' about their lives very common online. "There's also a certain group of people who understands the value of social media and setup key 'systems' like automated tweeting of posts from an RSS feed, to try and generate content and a following. Another common practice is to follow people, hoping the other party reciprocates with a follow, and then unfollowing them after that."

There are also people who buy followers online whether on Instagram, Twitter or Facebook. "Yes, people can really buy followers online. Just head on to eBay and search for 'Buy Facebook Likes' or 'Buy Twitter followers'." These, he says, help people create the illusion that they are influential online, but it is now a practice that has been caught out as the social media audience matures.

If such lying or exaggerating of truths are becoming so common, are people becoming compulsive liars because of the need to keep up appearances on social media? "That's a valid question. I think people now can get away with more than they could previously. People feel glorified from the reactions they get from their friends," says Adrian. Going back to Goffman, Adrian says the sociologist has also hypothesised that a person's identity is not always stable but changes as one interacts with others. "The more feedback you get will give you more satisfaction, and you can and will be motivated to lie more. That brings us to one of the more interesting aspects about social media, you get instant gratification via likes and comments and re-tweets and such. These can be addictive." Lian thinks it is not social media that's making us lie, but rather the need stems from our social instincts, our need to be loved, congratulated or appreciated.

"I think it's just a matter of that instinct manifesting through new social media channels. I think it's mostly harmless, but not everything paints a true picture of ourselves. Sometimes, the person who seems to be at every party on Facebook is really a quiet person in real life." Hence, to Lian, this behaviour is not much different from someone who wants to put on nice clothes to appear professional and mature, even if that is not really his or her character. "Social media now just forms another part of our presentation of ourselves," he adds.

Similarly, consultant psychologist Dr Goh Chee Leong thinks that people have always had a tendency to manage their image. "People have always managed their image and I think everybody chooses to wear masks, which means we present a certain aspect of who we are to different people and that's been happening through the centuries," says Goh, who is also the vice-president of HELP University as well as the dean of the university's faculty of behavioral sciences.

"We've always had the tendency to manage our image, meaning I only show you what I want you to see and part of that includes lying, misperception and inaccurately portraying who I am. The poor person who wants to be seen as rich, the uneducated who wants to seem educated, the uncultured who wants to be seen as cultured. In psychology, we call it strategic self-presentation, which means to present the world what we want them to see. We are all our own image consultants," he explains.

The emergence of social media has made it easier for us to indulge in this. So this need to lie online, this habit, isn't an indication of a kind of illness? "Everyone has an image that we want to present to the world, so I don't think this is an illness. But having said that, there are those who stretch this to the point where it's reached a stage of deception and this is of course not healthy," says Dr Goh. It's not that dissimilar from a woman who sends herself flowers and pretends that it's from someone else, or people who send themselves letters to show that they are appreciated.