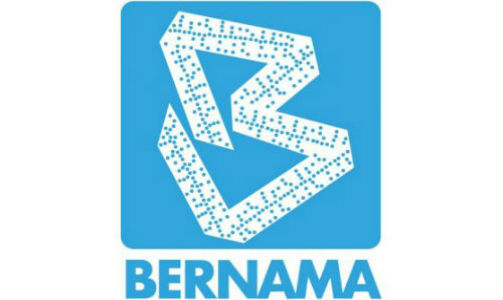 The price of fuel in Malaysia is the eighth lowest in the world with RM23.7 billion in fuel subsidy borne by the government this year.

Deputy Finance Minister Datuk Ahmad Maslan said although the priced of RON 95 petrol and diesel were increased by 20 sen from midnight yesterday, the price of fuel in Malaysia was still low compared to its neighbouring countries.

As such, he said the people should understand that the subsidy cut was a move made by the government to have long-term benefits to the economy.

"The subsidy should be channeled to those in need and by cutting the fuel subsidy, the government will be able to channel it back as the 1Malaysia People's Aid (BR1M) to the low-income group," he told Bernama after opening the 'Cerdik Cukai' Camp organised jointly by the Malaysian Tax Academy and Education Ministry here Tuesday.

"The current subsidy mechanism is benefiting the people across the board, be it rich or poor, which defeats the government's aspiration to help those who are really in need.

"It has been the party's stand that subsidy aid should only benefit those who qualified for it as subsidy is meant to ease the burden of the poor," he said in a statement here, today.

As such, he said MCA welcomed Prime Minister Datuk Seri Najib Tun Razak's decision to raise the amount of BR1M, which would be announced in the 2014 Budget.

Since the inflation is still on a manageable level, the increase of government aid would help cushion the impact of subsidy rationalisation on the poor and lower income group, he said.

Chua also said the people needed to be educated on the importance of subsidy rationalisation instead of being told to hate the government for measures taken in safeguarding the national economy and its competitiveness.

In JOHOR BAHARU, Agriculture and Agro-based Industry Minister Datuk Seri Ismail Sabri Yaakob said the ministry had set up a special team to study the effects of the 20-sen increase in the fuel price to the fishermen.

He said the team would comprise representatives from the Fisheries Development Authority of Malaysia (LKIM), National Fishermen Association (Nekmat) and the Fisheries Department.

"We will study the effects of the increase of the diesel price to the fishermen before taking any further action to ask for additional aid from the government to help the fishermen," he told reporters after opening the 28th annual general meeting of Nekmat last night.

In his speech, Ismail Sabri said the fishermen should be grateful as the government had ensured that the increase in the prices of RON 95 petrol and diesel would not burden them.

"Many other incentives have also been given to the fishermen, including fish landing incentive, to enable them to enjoy a better living condition than their counterparts in neighbouring countries," he said, adding that the increase was inevitable following the increase in the global price of oil, especially with the crisis taking place in oil producing countries, such as Egypt.

In KUCHING, Sarawak Second Finance Minister Datuk Seri Wong Soon Koh said the government could continue implementing the populist policy by not rising the fuel price, but the action was not so good for the country as a whole.

He said the fuel price had to be adjusted from time to time because the subsidy bill had gone up too much, forcing the government to trim it to make it more affordable.

Speaking to reporters at the Kuching City South Council's Aidilfitri do today, Wong said although the increase would burden the people, the adjustment needed to be done.

In KOTA BAHARU, Federal Agriculture Marketing Board (Fama) director-general Datuk Ahmad Ishak said the 20 sen increase in the fuel price would not affect the production cost of agro-products.

He said this was because the mass production at the farm would cover the cost from the increase in the fuel price.

"When the farmers can produce more yields, we will see that the increase in the cost will not be so burdening," he told reporters when met at Fama's Aidilfitri do at the Kelantan Rural Transformation Centre today.