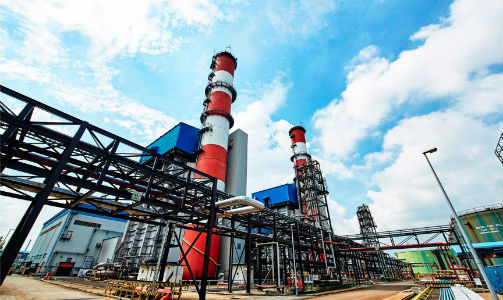 As announced earlier, YTL Power International Berhad ("YTL Power") received a letter of award from the Energy Commission ("EC") dated 27 May 2014 addressed to SIPP Energy Sdn Bhd ("SIPP"), which provided for participation by YTL Power and Tenaga Nasional Berhad as consortium members ("TNB") for the development of a 1,000 MW - 1,400 MW combined cycle power plant (the "Project") to be located in the State of Johor.

The EC in its media release on 31 May 2014 announced that the conditional award was required to fast track the construction of the Project to meet system requirements and that the terms of the award stipulated that the tariff must be comparable to the Prai CCGT tender exercise concluded in 2012 that was awarded to TNB. The EC has been transparent over the terms of the award which have been announced. Notwithstanding the EC's clarification, there has, in recent weeks, been much misunderstanding and public debate over the award of the Project.

We are thankful to the Government for having confidence in YTL Power, as part of the consortium, to deliver the Project on a fast track basis. However, in view of the misconception over the Project, YTL Power has decided not to participate in the Project under the present arrangement to dispel any misgivings over the Government's commitment to transparency and good governance.

YTL Power welcomes any opportunity to participate in the Project or other new capacity requirements on a competitive basis and is prepared to do so on an accelerated timeline. We are confident that we will be able to offer competitive rates as demonstrated in recently concluded tender exercises.

YTL Power remains committed to investing in this country under the leadership of the present Government and supporting the Government's Economic Transformation Programme.