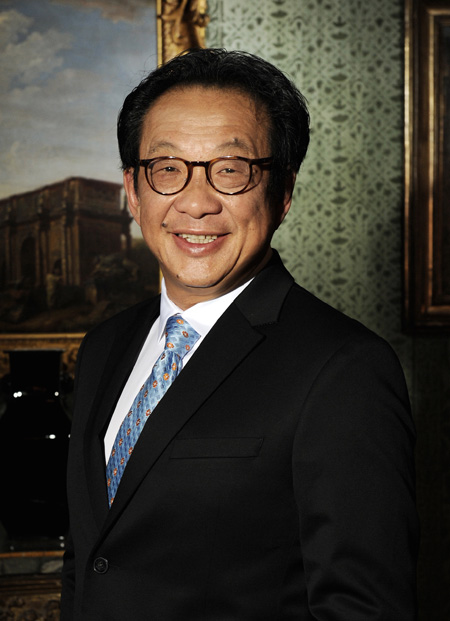 He has just finished back-to-back meetings as he strides into the lush penthouse of the Ritz Carlton in downtown Kuala Lumpur. Looking a little tired, he asks for coffee immediately after offering an apology for being late and falls onto the plush sofa in the luxurious, colonial-inspired unit. It was past 5pm and after this interview and a video shoot with The Edge TV team later, he has two more engagements.

He is Tan Sri Francis Yeoh, managing director of YTL Corp Bhd and one of the richest men in Malaysia. He is also the first Malaysian winner of the EY Entrepreneur Of The Year (EOY) award in 2002, as well as chief judge of the World EOY in 2011. This year, he is returning to the global entrepreneurship competition in Monte Carlo as a keynote speaker.

Busy as he is, he takes time out for the interview simply "because it's EY", which is the same reason he did the "EY things", as he refers to the entrepreneurship competition he won in 2002.

Reminiscing about that win 15 years ago — one of many accolades he has received as he built up his family's business empire after taking over the reins from his father in 1988 — he says: "I normally don't like to accept accolades and I reject many. I don't like to talk about myself. I prefer to talk about God and give him glory. But it was EY and I did it because EY is a great international organisation that stands for transparency and integrity, is known for its credibility, for promoting entrepreneurship, and they do it very transparently. They thought I had a story to tell and nominated me. I was honoured and  [the experience] was fascinating."

To Yeoh, who loves to learn from his peers and is supportive of entrepreneurship, meeting "all the great minds of the world" when he went to Monte Carlo that year to attend the World EOY awards, which gathered the winners of the country EOY around the world, was a "humbling but rewarding experience".

"I thought, 'my dear, I'm such a small little fry', as I looked at all the entrepreneurs. It was very memorable. And I was the chief judge many years later, in 2011. That was even more rewarding and humbling and I learnt even more as I listened to all the great ideas," says Yeoh, recounting how, as one of the five judges then, he learnt the stories of all the country winners, right down to the nitty-gritty of their ideas and visions.

"You always fancy that you're quite smart ... but you feel quite humbled when you see the Narayana Murthys [the Indian IT industrialist and the co-founder of Infosys] of the world. You suddenly realise — 'Wow, there are seriously very smart people and entrepreneurs of different shapes and colours' — like different facets of a diamond. I love all that and EY being able to gather together a kaleidoscope of entrepreneurs at one time for us to see their colours and strengths ... that is awesome to me. It means a lot."

Interestingly, Yeoh influenced his fellow judges from around the world to add new elements to the judging system that year. "We started using Google search and looked up [information about the entrepreneurs] and asked them to answer for some scandals here and there. It was no longer [just about] all the niceties, we [went] beyond that. We asked 'can you explain this scandal in your accounts?', and 'why was this [issue] like that?'. Some of them could, some couldn't. So, some people who might have been very good on the outside were very disappointed they didn't win. But that's a result of the judges having done their jobs well. It's not easy to get [a] pass [from all] five judges. You have to be seriously good to get a unanimous [judgment]," he says.

This year is the third time Yeoh is attending the World EOY awards. "And I'm going to debate with Sir Peter Bonfield, so, an old Jurassic businessman like me will be taking on a technology industrial revolutionist. I'm looking forward to that," he says with a laugh, referring to an interactive debate themed "The future of the company" at the World EOY on June 9.

Asked what is the major lesson he took home from the World EOY, Yeoh says it is that entrepreneurs are all "serial job providers".

"That means, somehow, against many ... ups and downs with different things thrown at them, they continue their track records and to make good on their promises. I saw this even more when I became the chief judge, when I had to interview every entrepreneur and go into the granular details of how they made it," he says.

Perhaps it is just as Yeoh's own story has been told and often repeated. As the eldest son of billionaire Tan Sri Dr Yeoh Tiong Lay, he grew his father's construction business into one of the largest infrastructure conglomerates in Malaysia today, with interests in property development, hotels, utilities and telecommunications. A devout Christian, he has often attributed his success to Jesus.

So much so, that he does not want to be remembered as anything more than a "steward of God" who has done nothing more but pull like-minded people together to be a force for good, creating affordable water, electricity, train rides, internet connections — the essential utilities — for the average people. "If you can provide all of this competitively, at an affordable price, I think you become a force for good," says Yeoh.

Though times have changed from when he was EOY, his belief about entrepreneurs having a role to play as a force for good remains steadfast, regardless of religion. There is no shortcut to integrity and honesty, to running a business well, he says. If a business benefits everyone, the entrepreneur benefits too. The way forward is to think long term and not short term, he says, unlike many monopolistic businesses of the past. So don't horde the tomatoes to push up the price if you are one of the few sellers, he cites as an example.

"That is very short-term thinking, profit for oneself at the expense of many. I always say that when you are very rich and you don't do anything about [the problems of the world], thinking it won't affect you, it will. Otherwise, you would have to build your home 100ft high.

"So we need the entrepreneurs of today to be very sensitive and to provide very quickly the level of services and goods for the average people to move their lives forward, more so than in any period in history — especially for young people in Asia. Why should we deprive them of a good environment, of utilities at competitive prices? Is it because we can't find a solution or are governments making sure entrepreneurs can't survive? Maybe it is all of these reasons. But entrepreneurs are not hostage to geography. There is always a choice to do good," he says.

And as the world comes under the grip of a digital revolution, where no one is safe from its disruptive force, thinking long term and choosing to do good is still the best, he says.

"You cannot wish this digital revolution was not there, you can't avoid it. There were no Uber, Google or Facebook then, but now look at them replacing the ExxonMobils and Unilevers of the world. What is the common denominator? They are young people using the internet. What is this internet? It is essentially [a tool that gives] the ability to share power to anybody. It's what I call the abundance model. To make everybody prosper so they can prosper themselves," he says.

"In the old world, most people take their time and think we should follow the old way — the same old formula: get to know the government officials and try to get a monopoly in certain businesses, like tobacco or rice. But the young people today realise that won't work anymore. So you should actually allow the average guy to prosper so you prosper yourself. That's how the Mark Zuckerbergs and Alibabas of the world work."

But he is quick to remind us that regardless of what grand ideas one has, there is no replacing the hard work that has to go into realising each idea. That culture of working hard has been ingrained into the YTL family. Yeoh himself still keeps a packed schedule most days. "We enjoy working hard. The reason I look so old is because I'm a nocturnal bird. It's force of habit and I don't sleep most days till two or three in the morning and I wake up early," shares the 62-year-old.

To young entrepreneurs today, he says: "Don't have too much clutter in your head, just have faith in God and don't give up. It's never going to be easy, and don't expect it to be. But if you work very hard and are willing to learn from existing entrepreneurs, I don't think you will do that badly. And nowadays, with the tools we have, there is no excuse for anybody to be an idiot. You may not know the answers but you must know to ask the right questions. The answers are there, they are in your handphone."