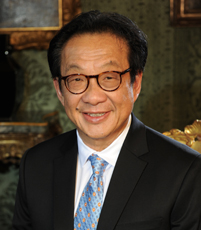 Besides managing YTL Group's core listed entities, Tan Sri (Sir) Francis is Executive Chairman of YTL Starhill Global REIT Management Limited, the manager for Starhill Global REIT. He is Chairman of YTL PowerSeraya Private Limited, which accounts for a 20% share of the Singapore Electricity market. He is Chairman of Wessex Water Services Limited which has been consistently recognised as one of the best water and sewerage companies in England and Wales by the water industry regulator, Ofwat. He is also Executive Chairman of Malayan Cement Berhad (formerly known as Lafarge Malaysia Berhad) following its takeover by YTL Cement Berhad.

Ranked as one of "Asia's 25 Most Powerful and Influential Business Personalities" by Fortune and Business Week, Tan Sri (Sir) Francis firmly advocates responsible stewardship in business. He serves on YTL Foundation's Board of Trustees, actively supporting education initiatives throughout Malaysia. In 2016, he was conferred the prestigious Muhammad Ali Celebrity Fight Night Award in Arizona for his philanthropic efforts.

An ardent advocate of ethical corporate governance, he is Founder Member of the Malaysian Business Council and Capital Markets Advisory Council, Member of Asia Business Council, Trustee of Asia Society and former Member of Barclays Asia-Pacific Advisory Committee. He is also on the advisory councils of London Business School, Wharton School and INSEAD. He chaired the judging panel of the Ernst and Young World Entrepreneur of Year 2011 in Monte Carlo, having been Ernst and Young Malaysian Entrepreneur of the Year in 2002.

Tan Sri (Sir) Francis is the first non-Italian Board Member of the historic Rome Opera House and helped fund its restoration to keep it from closing. He champions arts enterprises like the Kuala Lumpur Performing Arts Centre and Singapore Dance Theatre, and is Regional Chairman of International Friends of the Louvre. He also promotes environmental conservation and renewable energy, serving on Nature Conservancy's Asia Pacific Council.

In 2010, a panel of Nobel Laureates made him 'Primus Inter Pares Honouree' of the Oslo Business for Peace Award for encouraging socially responsible business ethics and practices. In the same year, he received the Corporate Social Responsibility Award at CNBC's Asia Business Leaders Awards.

Tan Sri (Sir) Francis was made Board Member of Global Child Forum by His Majesty King Carl XVI Gustaf in May 2016. Global Child Forum is an independent, global multi-stakeholder platform purposed to dialogue, promote and advance children's rights through ethical and sustainable practices.

He received the Lifetime Achievement Award for Leadership in Regulated Industries at the 7th World Chinese Economic Summit held in London in 2015 and he was named CEO of the Year at the Asian Power Awards 2017.

Tan Sri (Sir) Francis married the late Puan Sri Dato' Paduka Rosaline in 1982 and they have 3 sons and 2 daughters.