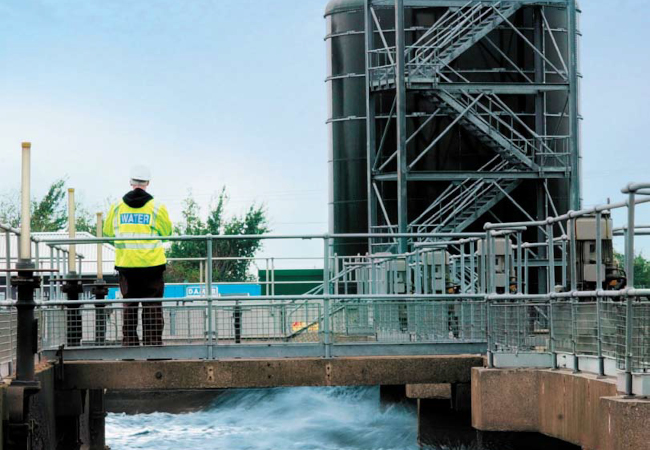 ''The current quarter, covering the three months from 1 April to 30 June 2020, encompassed some of the most stringent parts of the ongoing movement control order in Malaysia and various similar lockdowns, border closures and  restrictions on the operation of non-essential services in other countries where we operate. These measures have hampered the operations of certain parts of our businesses during various periods of the quarter.

''Nevertheless, in this regard, our Group's long-term strategy of investing in regulated assets that provide essential services such as water and electricity has continued to provide the necessary stability it was designed to do, continuing to operate profitably during even the most difficult times, albeit at lower levels, and cushioning our Group from the impact of even the most unprecedented events. Our utilities division continues to serve as the cornerstone of our Group's financial stability, providing water to customers in the UK, electricity in Malaysia and Singapore and internet connectivity across Malaysia.

''Our cement and construction businesses have returned to operation, whilst our hotels have started to see good recovery particularly from domestic travellers holidaying within the country.

''The Group has continued to take every effort to mitigate the effects of the ongoing COVID-19 pandemic and we remain committed to the prudent financial management that has served us well in times of uncertainty. The Group is pleased to declare share dividends of 1-for-30 for YTL Corp, representing a dividend yield of about 3.3%, and 1-for-16 YTL Power, for a yield of about 6.3%. These share dividends ensure that shareholders will continue to be rewarded with healthy dividend yields, whilst enabling the Group to conserve cash to provide increased flexibility and options to optimally manage our existing businesses as well as to position the Group to invest in future opportunities for further growth.''

Tan Sri Dato' (Dr) Francis Yeoh Sock Ping, Executive Chairman of YTL Power, said, ''As our Group's utilities are essential in nature, these businesses have continued to operate throughout the current control period despite the implementation of various movement control orders which limited the operation of non-essential services in countries where we operate.

''Higher revenue in the water and sewerage segment in the UK was primarily due to differing weather conditions leading to changes in supply volumes and partially offset by a price decrease determined by the industry regulator. Lower profit before tax resulted mainly from a higher allowance for impairment of receivables of RM113.8 million due to the potential impact of the pandemic on customers. However, once such impairments are realised, the UK regulatory regime allows for recovery against future tariffs.

''The Group also recognised one-off deferred tax expenses of RM162.4 million due to the re-measuring of deferred tax balances as at 30 June 2020, which contributed to the lower profit after tax of RM125.6 million this year. These expenses arose from the increase in the UK corporation tax rate from 17% to 19% for 2020-21 after repeal of the previous legislation that had reduced the rate to 17%.

''In addition to consistent earnings, Wessex Water has the added advantage of a regulated asset base (RAB) that increases in value over time. Over the past 5 years, Wessex Water's RAB value increased from RM15.11 billion (GBP2.75 billion) to RM17.79 billion (GBP3.35 billion). As we continue to invest further, the RAB value is expected to increase further to RM20.66 billion (GBP3.89 billion) by the end of the current regulatory pricing period in 2025.

''Our merchant multi-utilities business in Singapore registered lower revenue but the division's loss before tax narrowed due mainly to the absence of a one-off charge for impairment of receivables recognised last year, as well as lower finance costs and higher retail and tank leasing margins for the current period. We are also working towards completion of our proposed acquisition of the Tuaspring power plant which is expected to contribute positively going forward.''

Malayan Cement recorded revenue of RM2,406.9 million for the 18 months ended 30 June 2020 and loss before tax for the period under review of RM318.9 million. There are no preceding quarter and year-to-date comparisons due to the change of the financial year end from 31 December to 30 June.

Tan Sri Dato' (Dr) Francis Yeoh Sock Ping, Executive Chairman of Malayan Cement, said, ''The Group incurred a loss before tax for the 18 months ended 30 June 2020 resulting mainly from lower revenue caused by the contraction in domestic cement demand, and further compounded by the Movement Control Order (MCO) which commenced on 18 March 2020 to curb the spread of COVID-19, the subsequent Conditional MCO and the Recovery MCO.

''Due to the lower domestic demand, the Group's various production facilities were also not in operation for a substantial part of the current quarter. To mitigate the impact of the lower revenue, the Group has undertaken vigorous cost cutting measures and manpower rationalisation, and will also be bolstering export volumes via production from our dedicated Langkawi plant.''